You are using an unsupported browser. Please update your browser to the latest version on or before July 31, 2020.

How do time controls work on LeapPad Platinum?

To access Time Controls, tap the icon of the clock at the bottom of the LeapPad "Welcome" screen: 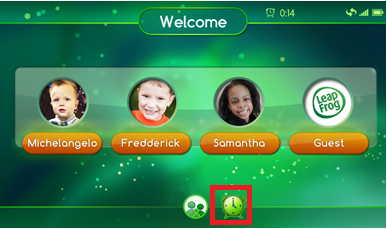 After entering your four digit Parent Lock code at the prompt, a "Set Play Time" box will open on the screen.

The Set Play Time box has three slider bar controls. The first is an On/Off toggle switch, the second is a setting for "You can play for this long:" and the third is "Then you need to rest for:".

Using this example where the parent sets play time for 2 hours 15 minutes followed by 4 hours of rest: 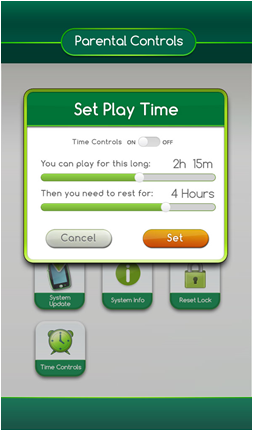 Time controls run cumulatively.  If the child in this example plays for 1 hour, turns the LeapPad off for 1 hour, then turns it back on; when powered back on they will have 1:15 of play time remaining followed by 3 hours of required rest time. Anytime the LeapPad has been powered off for a cumulative period of 4 hours, the available play time will reset to 2:15.

Note that when Time Controls have been turned on, they will stay on until the parent turns them off (it is not a one-time use setting).

This is the image the child will see when the LeapPad is on "rest time": 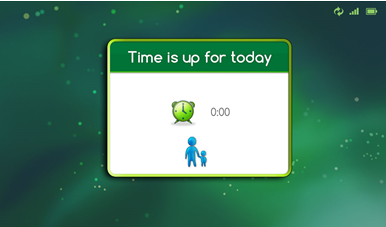 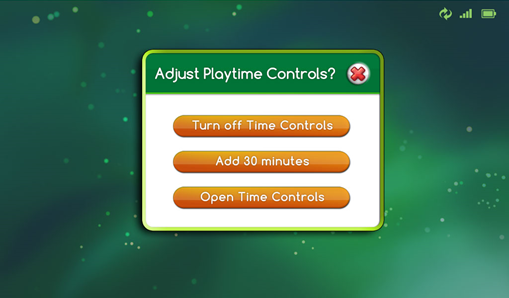 When Time Controls are turned on, a count down timer will appear on the LeapPad picker page showing how many minutes remain until rest time: 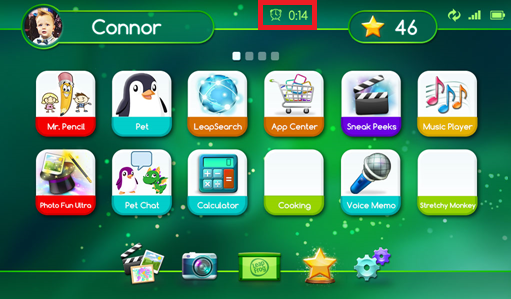